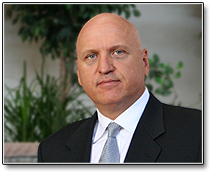 Greg McCoach is an ardent student of history and entrepreneur who has successfully started and run several businesses over the past 38 years.

During the first 15 of those years, he was a founding partner of Precision Graphics, Inc. (a print and mail operation out of Denver, CO) where he grew the business profitably every year, for 15 years in a row, before selling to a larger company.

In 1998 after selling Precision Graphics, he took time off to explore what he wanted to do with the rest of his career and began an exhaustive study of history in a search for truth. It was during this time that Mr. McCoach discovered many new paradigms and unvarnished truths that would formulate the basis for his writing and success in later years.

He became a follower of Austrian economics and the need for a more honest monetary system.

While reading the autobiography of J. Paul Getty in 1998, Mr. McCoach was highly impressed with this man's life story and how he had made his money. In the book, he said, "If you want to make really big money with investing, you have to invest in things that nobody is interested in and hold until everybody is buying". In other words, buy when everyone wants to sell and sell when everyone wants to buy. This is the essence of contrarian investing and the basis for Greg's philosophy behind his newsletters.

After reading the J. Paul Getty autobiography, Mr. McCoach searched for what was totally out of favor with investors in the summer of 1998. He found that precious metals and junior mining stocks were at rock bottom since nobody seemed to care and there was little or no buying volume.

Taking J. Paul Getty's advice, Mr. McCoach sought out opportunity within these sectors and started AmeriGold, a precious metals bullion dealer that has been operating successfully since 1998. Two years later, based on his success in recommending an undervalued silver company to friends and family, he started his newsletter The Mining Speculator (TMS) during the summer of 2000.

Mr. McCoach attended short courses with the Colorado School of Mines and the Nevada Geological Survey. Through contacts at these organizations, he had an extremely fortunate invitation to a major gold producer in Nevada where Mr. McCoach spent two weeks learning the process of exploration, development, and production of gold. A paper he wrote after this trip regarding the Cortez gold trend in Nevada earned him an invite to speak at precious metals conferences in Canada and the United States.

Since that time Mr. McCoach has traveled the world evaluating projects of junior mining companies visiting over 29 countries. Greg's years of business experience and extensive personal contacts in the mining industry have provided unique insights that have generated an impressive track record for The Mining Speculator since its inception in 2000.

Mr. McCoach later started his Insider Alert (IA) which grants just 300 select members access to his own portfolio of early-stage stocks that become the basis for his recommendations.

Below are just some of the incredible gains Greg has had during his career as a newsletter writer over an eighteen-year period:

Mr. McCoach's philosophy is one of limited government, free markets, unrestricted freedom of speech and thought, and a celebration and defense of individual liberty.

Greg standing next to the tires of the huge hauling trucks at Barrick Gold's Pipeline Gold Mine in Nevada.

"When I first met you, you told me I could use the profits I would make in the mining stocks to pay off my house.  I didn’t really believe you.  Two and half years later I wrote a check to do just that.  I never thought this would be possible. Thank you so much for your wise guidance."

Read what others are saying...